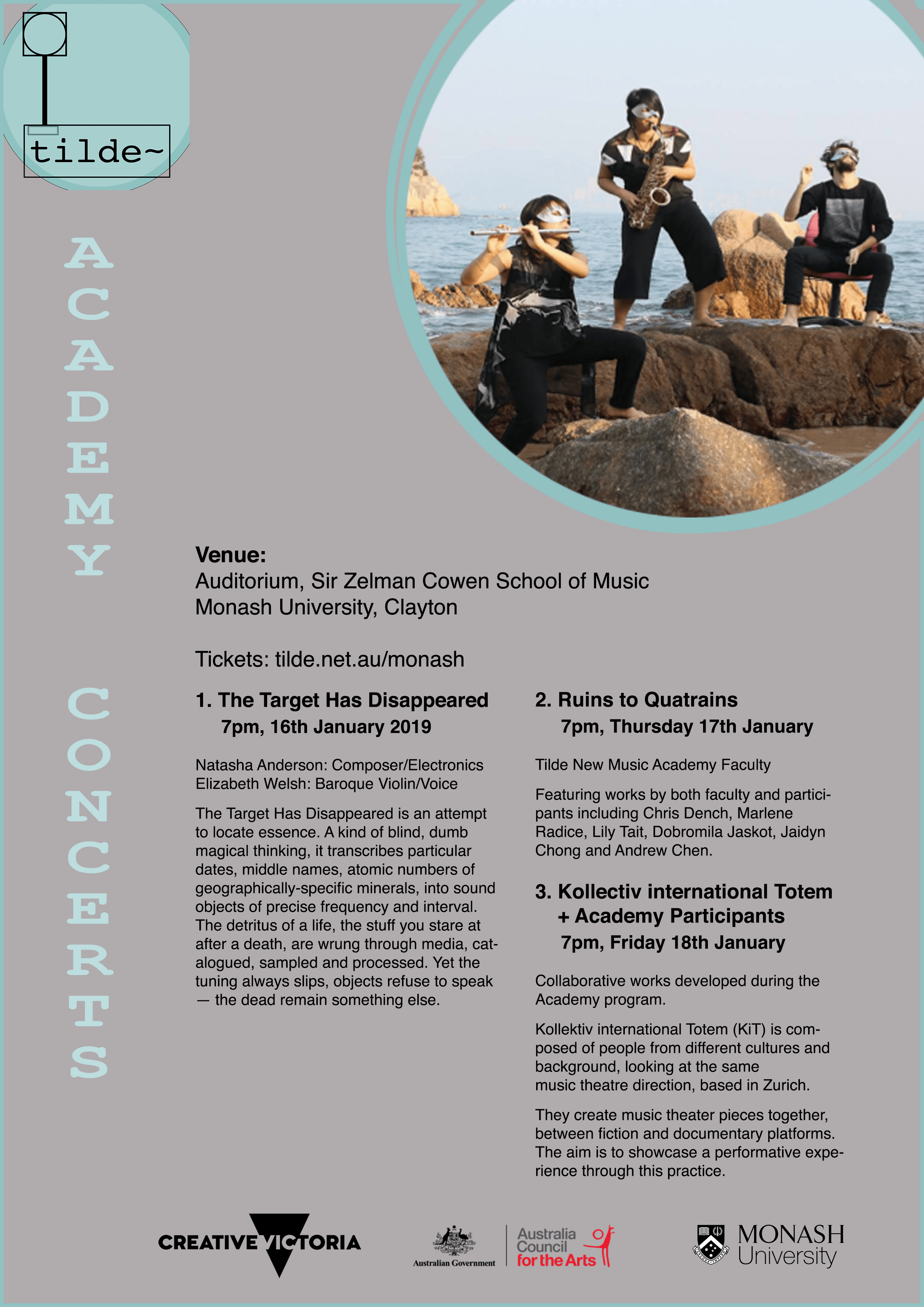 1. The Target Has Disappeared (for electronics, baroque violin, voice)

Wednesday the 16th of January, 7pm

The Target Has Disappeared is an attempt to locate essence. A kind of blind, dumb magical thinking, it transcribes particular dates, middle names, atomic numbers of geographically-specific minerals, into sound objects of precise frequency and interval. The detritus of a life, the stuff you stare at after a death, are wrung through media, catalogued, sampled and processed. Yet the tuning always slips, objects refuse to speak — the dead remain something else.

“The target is (the absence of presence) - that thing that happens when death happens… your relationship to them alters, and you have to work that out, and understand that. And so, writing this piece, I did a kind of magical thinking through number. I took my dad’s middle name and my middle name and turned them into numbers…. It’s really a piece that tries to measure the distance between objects… it’s this kind of mystical thinking that, ok, if the numbers are correct, if the math is correct, then some essence must speak. (But of course, it doesn’t…)
(ABC Classic FM, 13 Sep 2018)

Thursday the 17th of January, 7pm

Featuring works by both Academy faculty and participants.

Friday the 18th of January, 7pm

The resident ensemble of the 2019 Tilde New Music Academy will work with participants to develop a performance work throughout the week. This will be the result of an intensive period of experimentation and collaboration.
KiT Website

Made possible with funding and support from: