Now in its fifth iteration, Tilde New Music Festival 2019 presents an exciting lineup of contemporary sound and music practices from both national and international guests. Taking over the Testing Grounds experimental art space in South Melbourne, some events are freely accessible, others require a ticket. The ticketing options include: day pass, four-performance pass, individual performances.

Made possible with funding from:

§ We acknowledge the support of the Canada Council for the Arts. 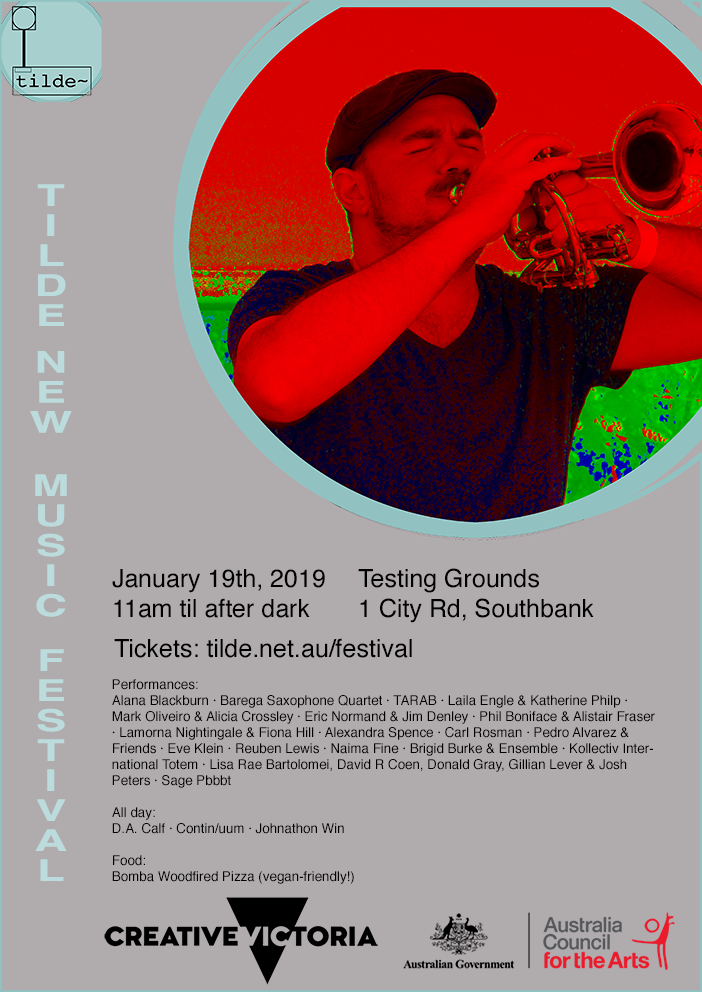