The Tilde New Music Festival is a biennial celebration of new and experimental music covering notated and improvised music, sound art, and the intersections with other art forms. Held in Melbourne in January, the festival offers a grass-roots atmosphere with food, drink, installations, performances, and much more.

The next Tilde New Music Festival will be held on Saturday 19th January, 2019 at Testing Grounds in Southbank, Melbourne

Want to join the Tilde team?

Send an email to [email protected] 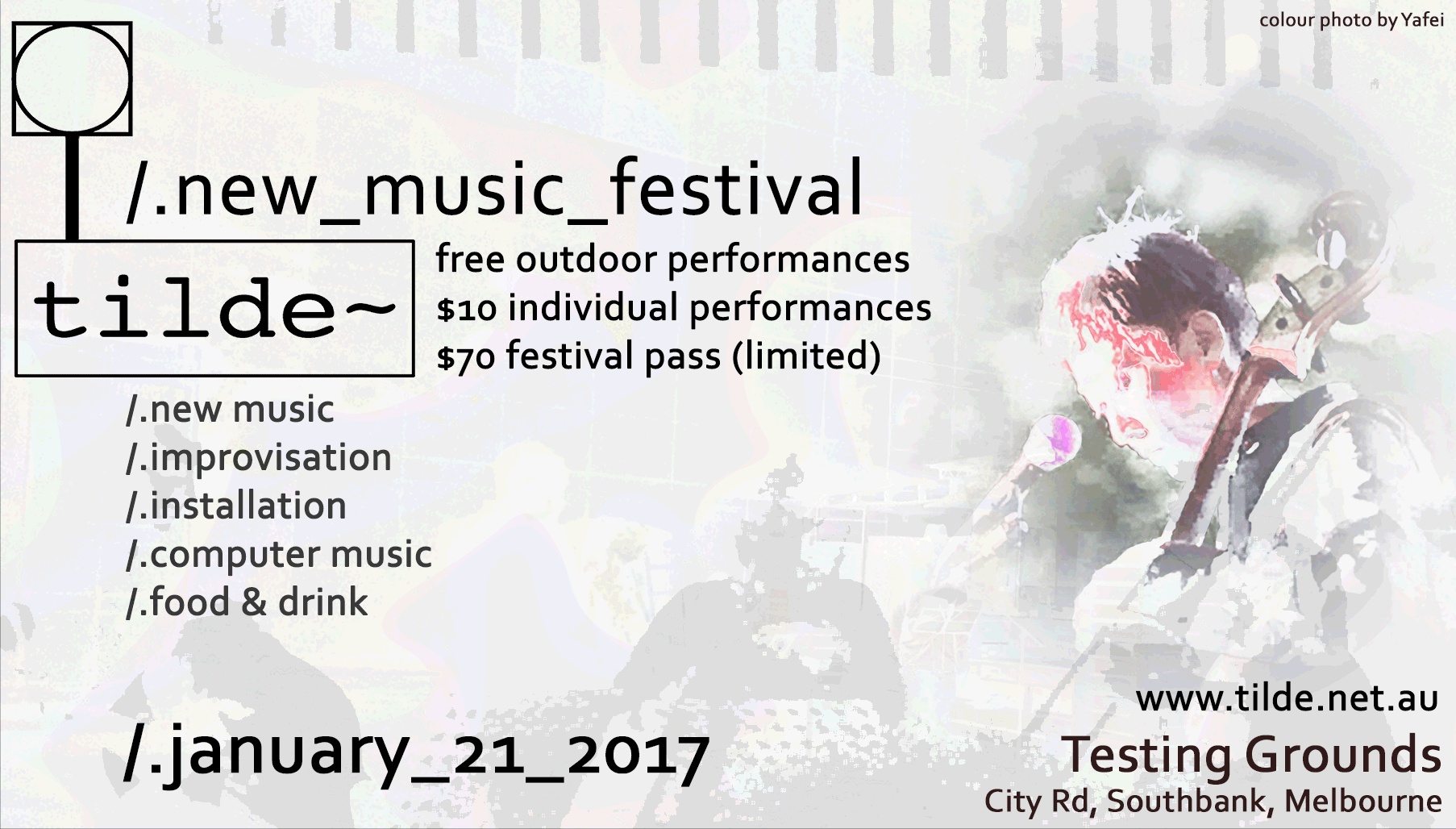 Festival Pass: The Festival Pass is a limited-run of passes that allow priority entry into all ticketed events, goes toward our running costs, and also offers a significant discount over what it would cost to pay for each performance individually. Any remaining Festival Passes will be available until sold out on the day.

Individual Performances: On the day of the Festival, all outdoor performances are free, but the two indoor venues are ticketed and will be available at $10 per performance.

Payment Options: The festival passes are admnistered through EventBrite (see above), which takes payments online. We will take cash only at the doors to the venues, but have EFT/Credit facilities at the main ticketing/information booth to be located at the bar. Bars are good.